AWS Labs has a lot of open source code up on GitHub. Gluon TS helps you build and train models for forecasting time series data. It’s built on the Apache MXNet project and is can help with a lot of the heavy lifting for this use case.

That thread broke on Twitter for some reason (probably me, I’m probably the reason 🤣). Here’s the rest of it…

this thread is available unrolled at https://t.co/DXLQOJxSHn

yesterday’s threads up at:

Gluon is build around Apache MXNet, https://mxnet.incubator.apache.org/versions/1.8.0/, which is now an incubator project

original announced in 2017, this one has flown under the radar for most folks…that’s ok, it’s pretty low level but still worth a look

this project focuses on "probabilistic time series modelling" which sounds super cool...and is

time series data is everywhere. being able to easily build & train models around this type of data is extremely useful to a lot of businesses

to help you model predictions or actions over time 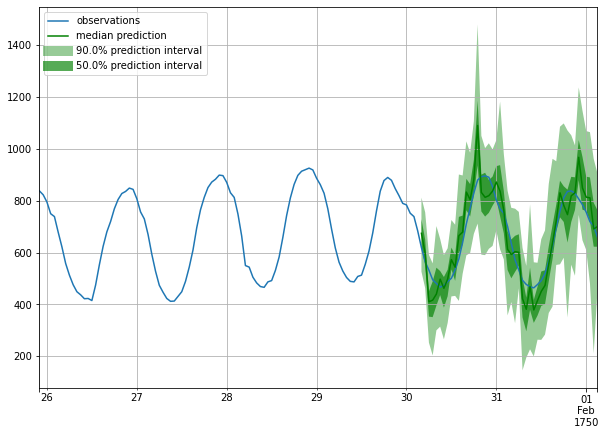 included in the library are some very handy synthetic data generation tools. if you're testing to ensure that your model is trained on a well rounded data set, these are invaluable

more on them at https://ts.gluon.ai/tutorials/data_manipulation/synthetic_data_generation.html

most ppl won't dive into the level of #ml 🧠 where you'd need Gluon-TS. the Deeper forecasting algorithm in @awscloud SageMaker usually does the trick: https://docs.aws.amazon.com/sagemaker/latest/dg/deepar.html

…but if you do need it, this is a very handy repo for time series forecasting!